Every Tuesday I focus on a band or artist and play a music video featuring them. This month we listen to Porcupine Tree, an English progessive rock band.

About today’s video: We have another train-themed song today. The song writer explained the song meaning:

“First of all, I live by some train tracks.
In the summer time, a few years ago, I met a girl who I spent a lot of time with, and who ended up being my first real ‘love’. We had a lot of good times together, but I knew, in the long run, we’d never really be able to be together, and I’d probably never see her again. Needless to say, I was simultaneous more happy and more sad during that summer than any other time in my life. My cousin always used to come over and spend the night during the summer, and he came over for a few days one week after a week where I’d spent every day with that girl and told her everything I was thinking and all that.
So my cousin and I stayed up all night talking about girls and various things like some sort of cheesy scene in a coming-of-age movie from the 80s. The following night, when we actually tried to sleep, I was woken up around midnight by the sound of that freaking train rolling through.
So here I am, three years later thinking that always the summers are slipping away. I need to find me a way for making them stay.”

Always the summers are slipping away

A 60 ton angel falls to the earth
A pile of old metal, a radiant blur
Scars in the country, the summer and her

I am a well educated, spiritual, peace loving man. I do not believe in harming anyone since it is the basis of my spiritual beliefs. If you don’t like my art, my way of belief or my spirituality, it is your choice. If you however accept me for who I am, I will give you the same respect and cutesy. This Universe was created for all to live in with instructions from all reasonable religions and belief systems that we should tolerate and love each other. I suggest that we do so Love is easier than you think. Hate is hard work, so let’s love.

Band of the Month

2 thoughts on “Band of the Month: Porcupine Tree (Part 3)”

Tell me what you think/ Praat saam met my Kanselleer antwoord

My First Award on Wordpress

My Second Award on wordpress 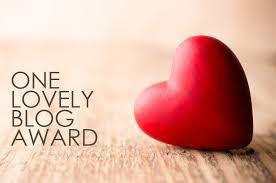